Jonathan "Meres One" Cohen was born 1973 in the South Bronx and raised in Queens, New York. Cohen's interest in visual art spans the entirety of his life, but it wasn't until 1987 that Meres One discovered graffiti art and began expressing himself through tags in the streets, graduating to piecing together larger works by 1990 and the birth of his trademark lightbulb, "The Bright Idea." 1991 saw Meres enrolling in New York City's Fashion Institute of Technology's illustration program. Using aerosol art as his primary vehicle for expression, Meres One has taken his multi-layered, technically sound, color laden visions from local to global arenas, from street walls to galleries, from head nodding next to the boombox to facilitating and appearing in countless music videos. He is recognized for his work by news publications such as the New York Times, The Huffington Post, and The Wall Street Journal, as well as providing notable contributions to major motion film works such as "Now You See Me" and "Brown Sugar" and television programs including The Today Show, Fuse TV, Project Runway, and an ESPN US Open, Fox "5 after Empire" segment. Throughout his 30 active years as an aerosol artist, Meres's works number in the thousands. He is the founder of OTM aerosol art collective and a member of the CBS crew, one of the most elite and prolific aerosol art collectives in the world. He has innovated making 5Pointz a vehicle to elevate the art form, educate both the general public and fellow spray can craftsmen in providing a creative, legal alternative to street vandalism. 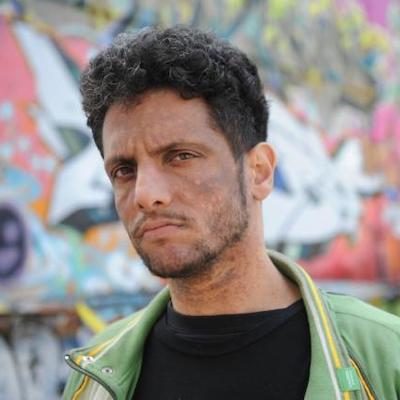