Your Guide To The Royal Academy's Charles I Exhibition 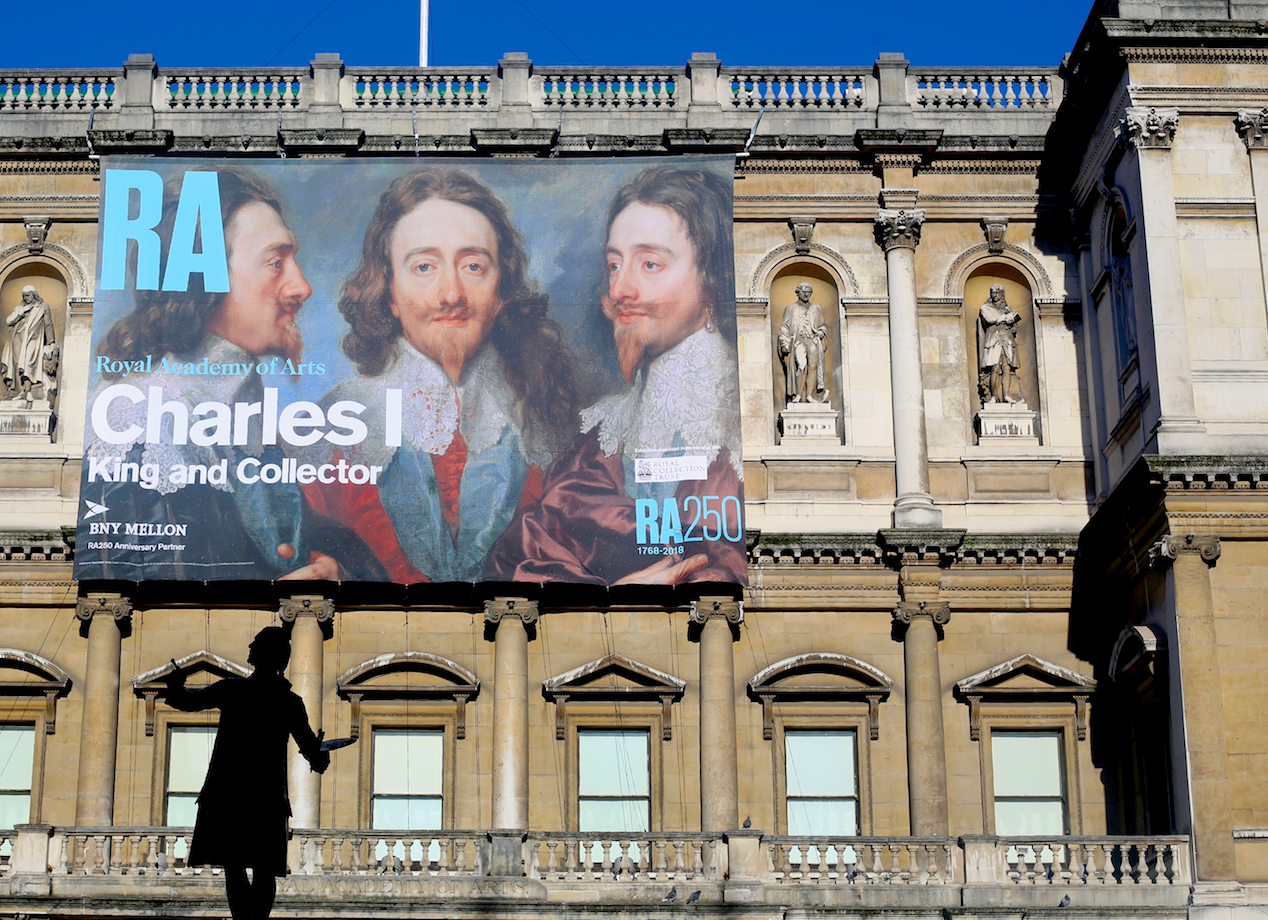 The Charles I: King and Collector exhibition at the Royal Academy reunites a small part of the collection that was Charles I’s before it was dispersed across Europe following his execution. MA faculty and Old Masters expert Chantal Brotherton-Ratcliffe shares her brief guide to the remarkable work in each gallery, and a recommended reading list on the period.

As you walk through the rooms, imagine yourself as a diminutive man seeing himself as God’s chosen ruler, and imagine how such paintings as these hanging all round him might contribute to his sense of impregnability. They were largely sold off by the Commonwealth on Charles’ execution in 1649, and many were bought by agents for the Spanish king and the French monarchy. The labels in this exhibition provide you with the location where the painting hung for Charles I, and also the price it was sold for by Cromwell. These relative values provide a fascinating insight into choice of placing of pictures, and of their value.

Gallery 1: The cast! Note the views of Charles in triplicate—done by Van Dyck to send to Bernini in Rome so that a sculpture could be made of it.

Gallery 2: Nearly every ruler in Europe was related through marriage to every other ruler, so these are to some extent “the grander family” pictures. They are designed to project images of power and nobility. Especially important was the portrait of Charles V, the Holy Roman Emperor, by Titian, which had been given by his great grandson Philip IV of Spain to Charles I as a present. It set the standard for Charles I in many ways, not only artistic (a Titian) but of the nobility that royalty ought to be showing. (Charles was a short man, much shorter than this picture depicts.)

Gallery 3: The famous triumphs of Caesar by Mantegna, fought over by several European rulers once it was known that the Gonzaga collection in Mantua was up for sale 1628.

Gallery 5: Many of the finest Raphaels from the Italian Renaissance were bought by the Spanish monarch and are now in the Prado. They cannot all be lent to other institutions, so you have to imagine ten times the number exhibited here.

Gallery 6: The royal image, perfected. Note in particular the double “olive branch” portrait by van Dyck of Charles and Henrietta Maria. It was one of van Dyck’s earliest pieces for the king.

Gallery 7: Charles I had fallen in love with grand 16th century Venetian painting on his visit to Madrid in 1623. Venetian painters such as Titian, Veronese and Bassano became the most desirable for him and his fellow collectors in England.

Gallery 8: Palma Giovane was Titian’s last pupil. After Titian’s death he developed a much lighter palette.

Gallery 9: The Mortlake tapestries were woven from the Raphael cartoons of 1511. Note the gleam of pure gold wound round the threads and the colours which have been preserved particularly well. The cartoons themselves are still in the Royal collection and are on long-term loan to the V&A.

Gallery 10: Orazio Gentileschi agreed to come from France to work in “the country of heretics and rain” and produced huge scale classical/realist pieces. Also, the small cabinet pieces—Isaac Oliver miniatures—are worth waiting in a queue to see, as they were highly prized.

Gallery 12: Note the van Dyck Italian sketchbook and Compare the Titian colouring and modelling with Van Dyck’s Cupid and Psyche.

Central Hall: If you do nothing else in this exhibition, make sure you stand in the middle of this hall and gaze upward at the king in each of these pictures. This will give you some idea of what message and authority these portraits are intending to portray.

Memoires, letters and biographies are a fascinating way of getting into the mindset of the people of the past, as well as fixing the history of their times firmly in one’s mind. To have a sense of court life and values, dip into these memoirs:

Listen to Chantal speak with Apollo Magazine about the exhibition and ways to develop an appreciation for the Old Masters: