The Disruptor's Dictionary: A Glossary for Art & Technology Terminology 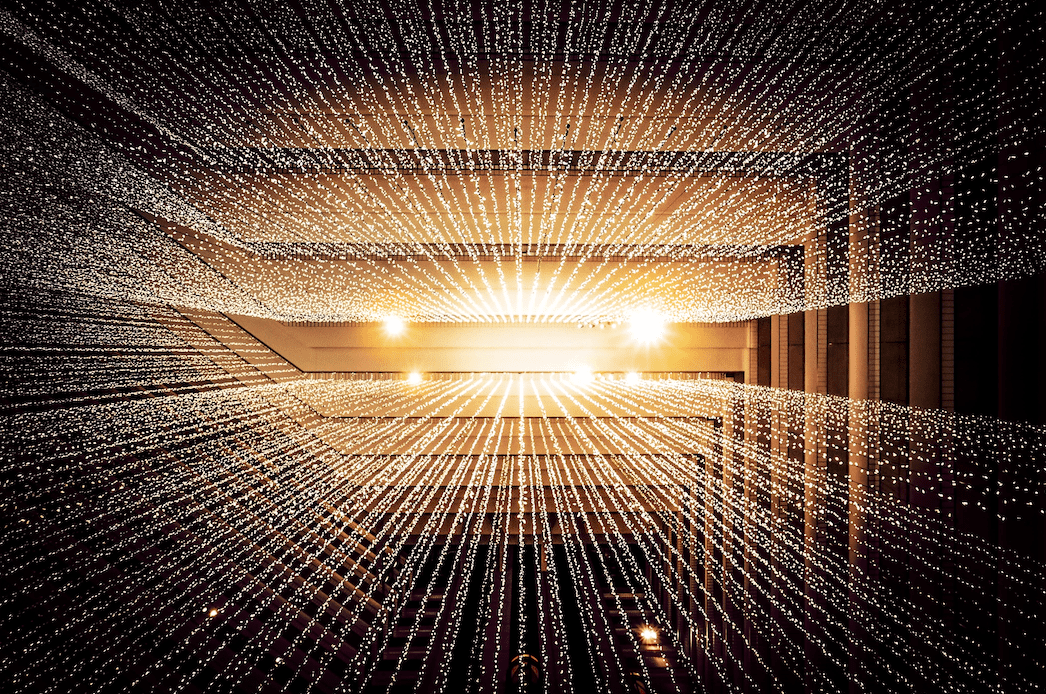 With vocabulary that didn’t exist in the recent past, the art world has become transformed in how it creates, values, and does business thanks to seismic shifts in technology. Below is a primer of key terms every savvy business person looking to be conversant in technology-rich future of the art world should know, as compiled by Gareth Fletcher, SIA alumnus and faculty expert on art logistics and technology.

Wide ranging branch of computer science that focuses on building smart machines that are capable of performing tasks that traditionally require human intelligence.

Integrates select digital imagery into the tangible world through the screen of a handheld device or wearable tech. Unlike Virtual Reality, it doesn’t require the user to choose digital experience over physical, it merges both into a single enhanced environment.

A graphical representation of a user online, usually via a headshot. Avatar NFTs are currently the most sold NFTs, with headshots dominating the market.

A decentralized digital currency, without a central bank, that can be sent from user to user on peer to peer networks without the need for intermediaries or regulatory bodies.

A never-ending digital chain of transactions that users are able to accurately track the source of where the digital goods (or in this case, art) originated from; providing authenticity for the buyer and seller alike. Blockchain could offset the challenges with reliable provenance that has long faced the traditional art world.

A procedure through which users on Blockchain reach a common agreement about the present state of a digital ledger. They achieve reliability in the Blockchain network and establish trust between peers.

Crypto wallets store private keys (passwords) to your cryptocurrencies and allow owners to buy, sell and receive them.

An open source 3D virtual world platform. Fully decentralized users can purchase virtual plots of land using their MANA cryptocurrency, and its most important smart contracts and assets are owned by a Decentralized Autonomous Organization, or “DAO”.

Digital applications that exist and run on a blockchain or peer-to-peer (p2p) network instead of one computer. Often built on Ethereum, it can be developed for a variety of purposes including finance, gaming, and social media.

Organization represented by rules encoded as a computer program that is transparent, controlled by the organization members, and not influenced by a central government.

Emerging financial technological system that removes the control banks and institutions have on money, financial services, and financial products.

A decentralized platform where two individuals interact directly with each other, without intermediation by a third party.

Refers to art made using software, computers or other electronic devices. Artworks, animations, photographs, videos-if made digitally, is considered to be digital art.

Ethereum-exclusive Blockchain tokens. ERC 20 is the most significant of these tokens, providing a common list of rules that all tokens, and their developers, must adhere to. ERC 721 is the standard token format for an NFT, establishing its uniqueness on Ethereum.

A programmable Blockchain that finds applications in various areas, such as smart contracts and NFTs, differing from Bitcoin.

A government document that authorizes or grants permission to conduct a specific export transaction. This includes the export of technology.

Occurs when a crypto community makes changes to the basic rules of the Blockchain’s protocol: the chain of information splits, producing a second Blockchain that shares all its history with the original, yet is heading off in a different direction.

The fee or pricing value that is required to successfully conduct a transaction, or execute a contract, on the Blockchain platform.

Machine learning techniques that generate new data with the statistics from the training set (a game of sorts between two competing networks). The new data is utilized to create unique similar things based on its original training data (e.g. a new artwork that resembles its original artwork to the naked eye, but is different when looked closer into.)

A function that meets encrypted demands needed to solve Blockchain programming: hashes are considered one of the backbones of Blockchain.

Actual or prospective bidder whose direct economic interest would be affected by the award of the contract.

Form of new media or art distributed via the internet, circumventing the traditional physical gallery and museum system.

A system of interrelated computing devices, mechanical and digital machines, people, animals or objects that are provided with unique identification and the ability to transfer data over a network without human interaction.

A peer-to-peer decentralized file sharing system that allows users to have more transparency in creating, acquiring and submitting files.

Agreed percentage of the vendor commission (hammer price) paid to a referral vendor by auction house.

An undisclosed agreement for a bid, wherein nobody bids any higher, then the buyer of the artwork gets not only the work, but the buyer’s premium. If the work sells for more, the bidder who placed an irrevocable bid gets a part of the upside.

In video games, they are a reward of an unknown value that is offered to players in an online game.

The study of computer algorithms that can improve automatically through experience and by the use of data. A science of getting computers to act without human permission.

Fully immersive digital world where user interaction is encouraged, and is not restricted by the rules of the real world. Click here to learn more about how the metaverse, along with other technologies are set to transform the art world by 2030, in our talk with Tim Schneider of Artnet.

The process of creating or producing something-in Blockchain, this means validating something, or creating a new NFT or overall cryptocurrency.

In Blockchain, nodes are used to verify each batch of network transactions, also called “blocks”. These nodes communicate with each other within the network and transfer information about new blocks and transactions.

An exclusively owned digital asset (e.g. artwork, collectible) that is traded on the Ethereum Blockchain. Using a digital ledger, it provides a public certificate of authenticity for its owner and assures its value and lack of interchangeability (fungibility). Click here to see the NFT Beeple sold to Christie’s for $69 million back in March 2021.

From sotheby’s.com: an Overhead Premium is a fee payable by all auction buyers in our global salesrooms and online sales, which will be charged at 1% of the hammer price plus any applicable local taxes, is an allocation of the overhead costs relating to our facilities, property handling and other administrative expenses. This fee and our Buyer’s Premium rates exclude local taxes and any applicable artist’s resale right.

A more energy efficient version of Proof-of-Work (“staking” is when users pledge their crypto coins to be used for verifying transactions).

A protocol of which nodes confirm the authenticity of block transactions by miners and provides unknown users trust in their transactions between each other. Once confirmed, miners receive the right to add the block to the Blockchain, and receive an award.

A global, community-owned web that anyone can contribute to or get paid to maintain.  Arweave, while it looks like the normal web, all of the content, such as images and web apps, is retrieved quickly and decentralized.

NFTs that were previously fungible before they were redeemed (e.g. a ticket to an art exhibit sold or exchanged for another ticket for the same price, expired after usage, and became a collector’s item.)

Programs stored on a Blockchain that run when predetermined conditions are met.

Used to define all cryptocurrency other than Bitcoin and Ethereum. Also can be referred to crypto-assets that run on another cryptocurrency’s Blockchain.

Simulated experience that is similar or different to the real world.