The Curator's Perspective: An Elephant in the Room

Home News & Events The Curator's Perspective: An Elephant in the Room

"An Elephant in the Room" was a collaborative exhibition featuring work by Chelsea College of Art and Design MFA students Irene Pouliassi, Gardenia White, Weichung Lu and an invited artist Yichung Huang, with curatorial assistance from Sotheby’s Institute of Art MA Contemporary Art students Sam Roknivand and Angela Kim. Below, Sam and Angela reflect on the curatorial experience.

We jumped at the chance to curate an exhibition with artists from Chelsea College of Art and Design. After our first studio visit we offered to help artists who had already teamed up and had a theme in mind. Coming from different backgrounds, we settled on the title “An Elephant in the Room,” hoping to use the show as means to address in metaphorical terms issues that are commonly sidelined.

Recognising the aesthetic and the thematic correlations between Irene Pouliassi and Gardenia White’s works, which show human features such as hair, bone and hands, expressing feelings of existential vulnerability and suffering, we decided to place their works opposite each other. Entitled Deathnaut’s Trail, Pouliassi’s installation of metal bars, with real human hair and teeth poking out through knotted fabric, critically revisited the idea of abjection. What she tried to do in her work was to highlight feelings of safety and immortality while setting them off against signs of frailty and mortality.

Meanwhile, White’s painting and installation addressed the issue of violence, reflecting on war and its aftermath and more particularly on the invasion of Iraq. She created an impression of decay through her use of materials such as rusted iron, copper and iron powder combined with bleach, using them to convey a sense of the injustice and human suffering that come in the wake of war. These pieces entered into a powerful dialogue with Pouliassi’s work. White’s thick, heavy, raw brown rope, hung at one end of the room, gave the show a dynamic twist while also resonating with the works around it. Furthermore, White’s sound recording of people talking over each other, which emanated from behind the canvas, gave the show another dimension and contributed to the visitor’s understanding of the titular theme, “An Elephant in the Room.”

In contrast, the lighter works of Weichung Lu and Yichung Huang offered more harmonious notes. Lu’s colourful painting and small-scale sculpture of an elephant derived from her literal interpretation of the exhibition title. Her representation of an elephant was designed to show that we should neither try to evade sensitive or controversial questions nor address them in obscure ways.

Moreover, Disappearing Border by Yichung Huang, who was invited to participate in the show, showed a world map with pushpins around certain countries/regions/areas, such as Kosovo, Abkhazia, Somaliland and Taiwan. Visitors were invited to move the pins to countries or regions that had, in their view, strong claims to independence. Extra pushpins were provided for use in this interactive piece.

“An Elephant in the Room” addressed our attempts to tackle conflict in today’s world. The show was intended as a place for reflection on what makes us human and on our need for peace and security. We look forward to working with these talented artists on other projects in the future. 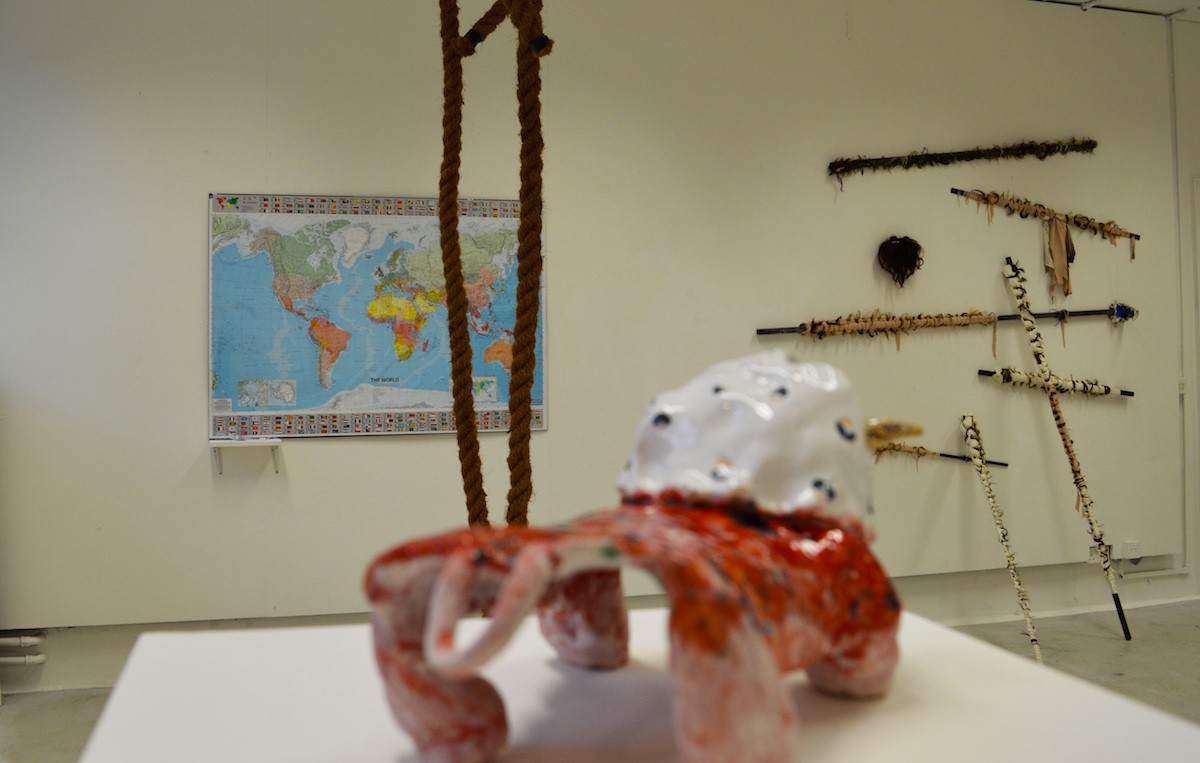 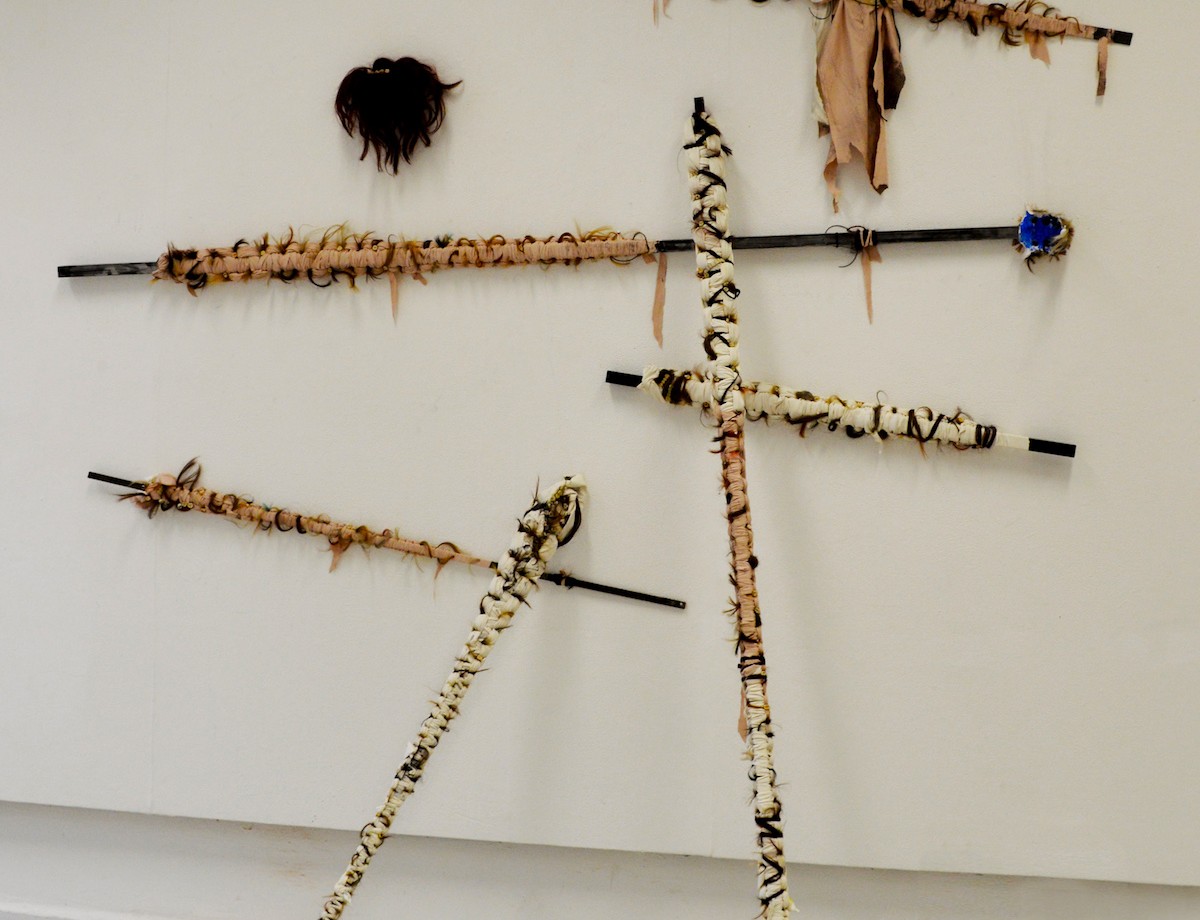 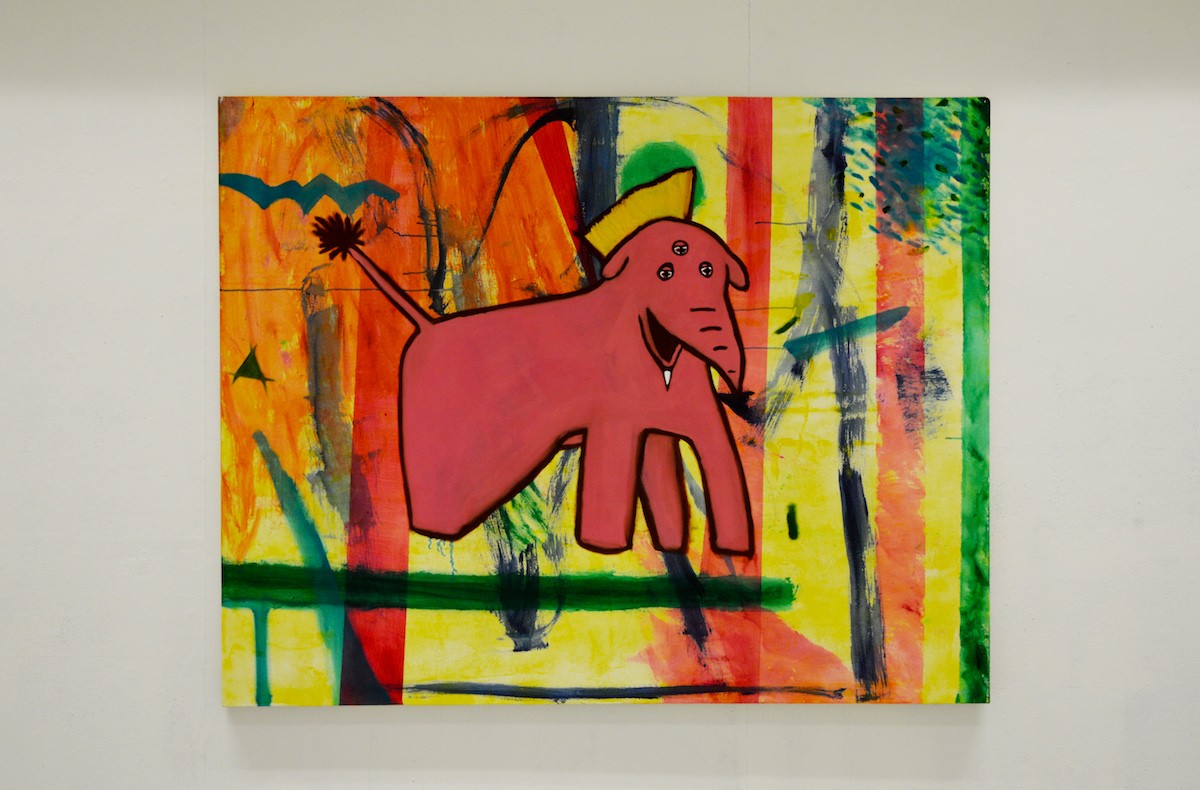