The Art World According to Jerry Saltz

Home News & Events The Art World According to Jerry Saltz 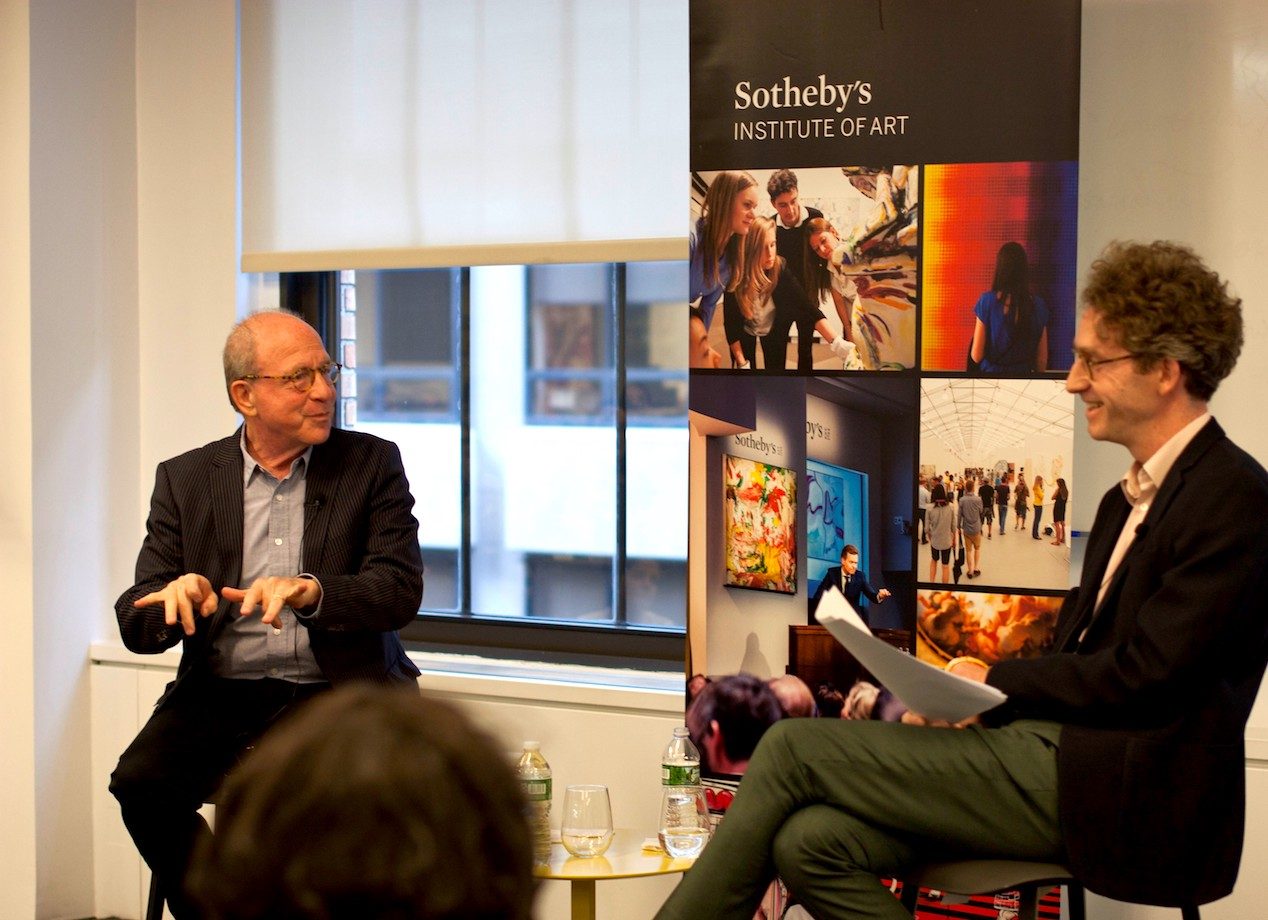 If you’re in the arts, if you’re on social media, or if you are even remotely engaged with the world—there’s no escaping him. You’ve probably read his work (and if you haven’t, you should do it now) and know that he does not hold back. Many things have been written, said, or expressed—using less-than-savory words—about Jerry Saltz, the art critic who also happens to be the husband of another influencial art critic, Roberta Smith. But when the Pulitzer Prize winner dropped by for a discussion at Sotheby’s Institute of Art-New York, he doled out priceless advice left and right—in between making us laugh out loud—and we learned that we could also safely call him an inspirational speaker. Here are some highlights from the conversation.

“Listen to the demons”

Everyone has them—those negative sentiments that play over and over again in one’s head. Even Jerry Saltz has them. “They tell me what they tell you, and it never changes. You don’t really know what you’re doing. You don’t have anything new to say. You didn’t go to the right school,” the former truck driver turned Pulitzer Prize winner shared when he opened up about his own demons. The key to success—whether you are trying to make it in the art world or just in the world—is to not let them steer you away from your path. “None of us are sure of what we are. It will not stop. Get used to it.”

“Make an enemy of envy”

How did someone without degrees, working as a long-distance truck driver, become one of the most well-known art critics? “While I was driving the truck, I was burning with envy. That would be the first thing I will tell all of you: make an enemy of envy. It will eat you alive.” Bitter about not becoming an artist, Saltz used that as fuel to start writing about art instead. His first step? Reading Artforum while in the truck and without understanding most of it, followed by his own attempt at art criticism. “I realized that no matter how afraid I was, how poor, being rejected would be better than what I was doing then. So I started writing.”

“This is not a popularity contest, people”

In other words, don’t be afraid of expressing your opinion when writing about art. The point is not to please everyone. The point, according to Saltz, is to remain open and free. “Being critical of art, people, is a way of showing art respect. You don’t love every meal you have. You don’t love all the clothes in your closet.” And you certainly will not love every work of art you see. In fact, you will probably not like 85% of what you see. “But what makes the art world so interesting is that your 85% is different from someone else’s and in this beautiful overlap extraordinary things can happen.” The key, then, is to remain true to your taste and to make sure it remains forever wide open.

“We are dancing naked in public”

With nearly two million followers combined on Twitter, Facebook, and Instagram, Jerry Saltz has a wide social media audience tuned in to his opinions…which have gotten him in trouble a few times. So what’s the point? “I came into an art world that was shaped like a pyramid. We pretend that it still is but that game has been over a long time. In one second on Facebook I understood that instead of the one speaking to many, you have many speaking to each other.” A communicative democratization of the art world perhaps, or, more precisely, unmediated access to a wider landscape of art, artists, and people engaged with the sphere. But with the expanded benefits come the pitfalls. Direct criticism is one of them and it can hurt. When it happens to you, use Jerry’s advice for dealing with it:

1. Always remember, “There is a grain of truth in every criticism that is leveled.” You could be right. But they could be right, too.

“A vampire dancing alone is kind of a sad thing”

But, really, isn’t it dangerous to write bad things about art and artists? Well…depends on where you are. Being in a city is key—to survive as both, artists and the critics who write about them. “Vampires must live and show and dance among other vampires. A vampire dancing alone? Kind of a sad thing. Kind of freaky.” So, all depends on the size of your vampire clique. If you’re a critic in a big city, you can afford to be more fearless, because even if you lose “50 friends each week,” there are many more on your roster. But if you’re in a small city—with a small art community—you better stick together and protect each other to ensure survival.

Conquer the art world with our Master's programs in New York and  London.