Tate Modern Reinvents Itself with the Switch House 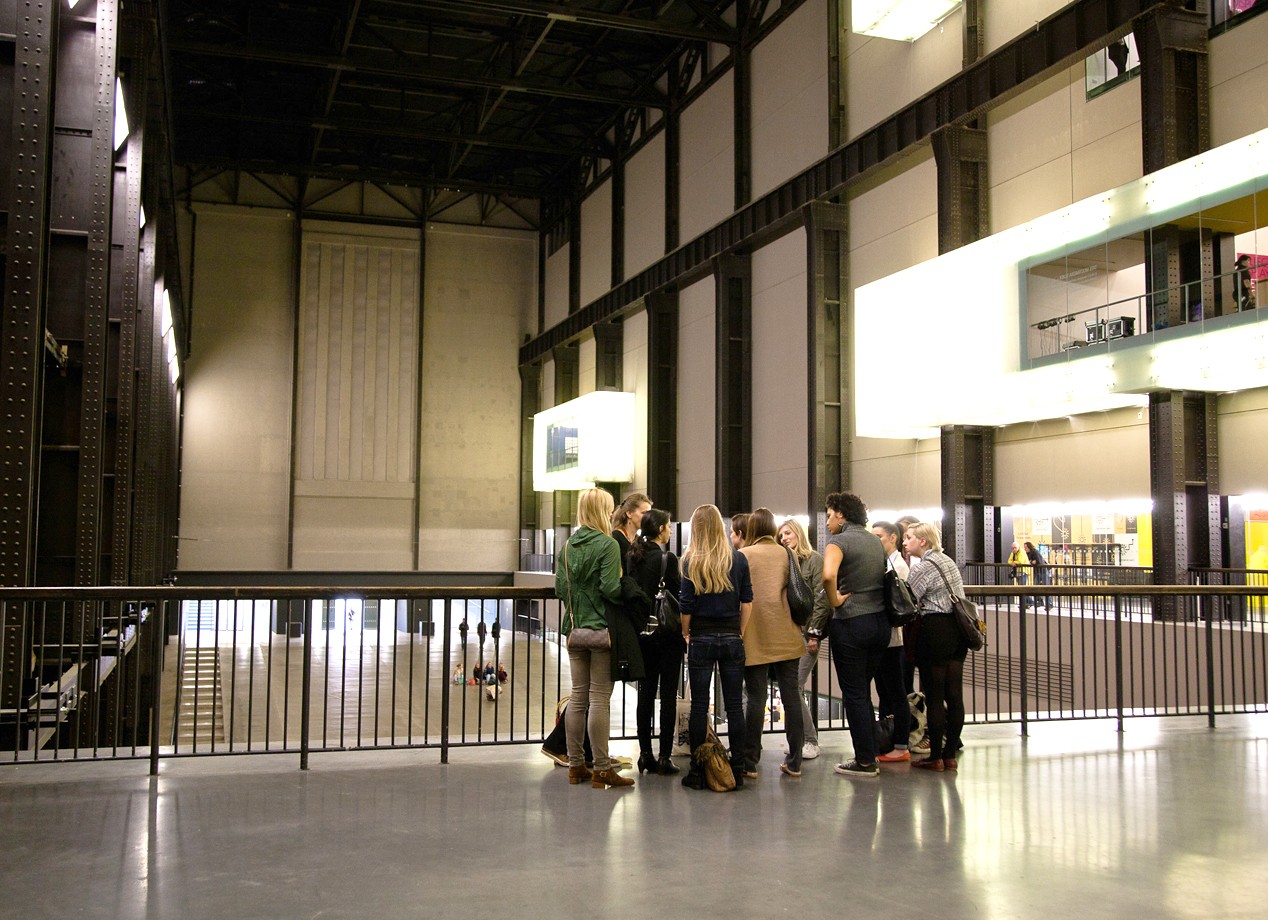 When Tate Modern’s new wing, the Switch House, opened in June 2016, it immediately attracted record numbers of visitors. Herzog & Meuron’s 10-storey addition rises above the original museum in the form of a twisted, spiky pyramid, at the top of which viewing platforms offer spectaculars views of London’s landmarks. The impact of the extension on the exhibition space is huge, as it was increased by 60%. More than 800 works are now on display, 75% of which have been acquired since Tate Modern opened in 2000. But Tate Modern did not just get bigger; it also transformed itself through an entirely new hang. Faculty from the MA in Contemporary Art at Sotheby's Institute of Art - London tell us about how the Tate Modern is seeking to redefine itself for the 21st century...

The new display of the permanent collection markedly highlights Tate Modern’s global approach to contemporary art. This is all the more significant since European and North American artists strongly prevailed in the collection when the gallery opened sixteen years ago. To escape this domination, acquisition committees have since been created in order to increase the representation of artists from Latin America, the Middle East and Africa. As a sign of this new situation, a work by Ai Weiwei, a tree made of pieces of dead trunks and branches from his native China, stood on a bridge in the middle of the vast Turbine Hall when the Switch House opened. Among the rooms showcasing the permanent collection, one is devoted to ‘Protests in Latin America’ while others focus on Buenos Aires, Tokyo and Zagreb. In a section called ‘Performer and Participant’, the huge installation Museum of Contemporary African Art, by Benin artist Meschac Gaba, aptly suggests alternatives to Western models of museum displays.

In the new collection hang women have an enhanced presence. This is unquestionably a reflection of Frances Morris’ recent appointment as the gallery's first female director. Morris has long championed the cause of female artists. She was instrumental in giving the first Turbine Hall commission to Louise Bourgeois, and she curated an acclaimed retrospective of the artist at Tate Modern in 2007. In the Switch house, a large selection of late works by Bourgeois is shown in three adjoining rooms, among them a big spider sculpture and a rather unsettling cabinet of curiosities. Works by Valie Export and Cindy Sherman, among other artists, can be seen in a section dedicated to ‘Feminism and Media’, and in the Boiler House, the old part of the gallery, Andy Warhol’s Marilyn Diptych (1962) is cleverly displayed in front of posters and leaflets made by the Guerilla Girls denouncing male domination of the art world.

"In the new collection hang women have an enhanced presence. This is unquestionably a reflection of Frances Morris’ recent appointment as the gallery's first female director."

Finally, live art is highlighted in an underground space called ‘The Tanks’, three large concrete-walled rooms which were occupied by oil tanks when the building was still a power station. When these cavernous spaces opened for a few months in 2012, they were the world's first museum galleries dedicated to performance artists. Now they boast not only large sculptures but also a program of performances. One of the highlights of The Tanks is Alexandra Pirici and Manuel Pelmus’ Public Collection Tate Modern (2016), in which a group of performers ‘recreate’ works from the collection with their bodies. Also, in a clear celebration of live art, several performances were staged throughout Tate Modern during the three weeks following the opening of the Switch House. For example, a work by Amalia Pica was performed by two people standing ten meters apart, and holding a string of brightly colored paper bunting. Entitled Strangers (2008), the work dramatizes communication and interaction between people. As a performance displayed among sculptures and installations, it also perfectly embodies Tate Modern’s efforts to redefine itself for the 21st century.