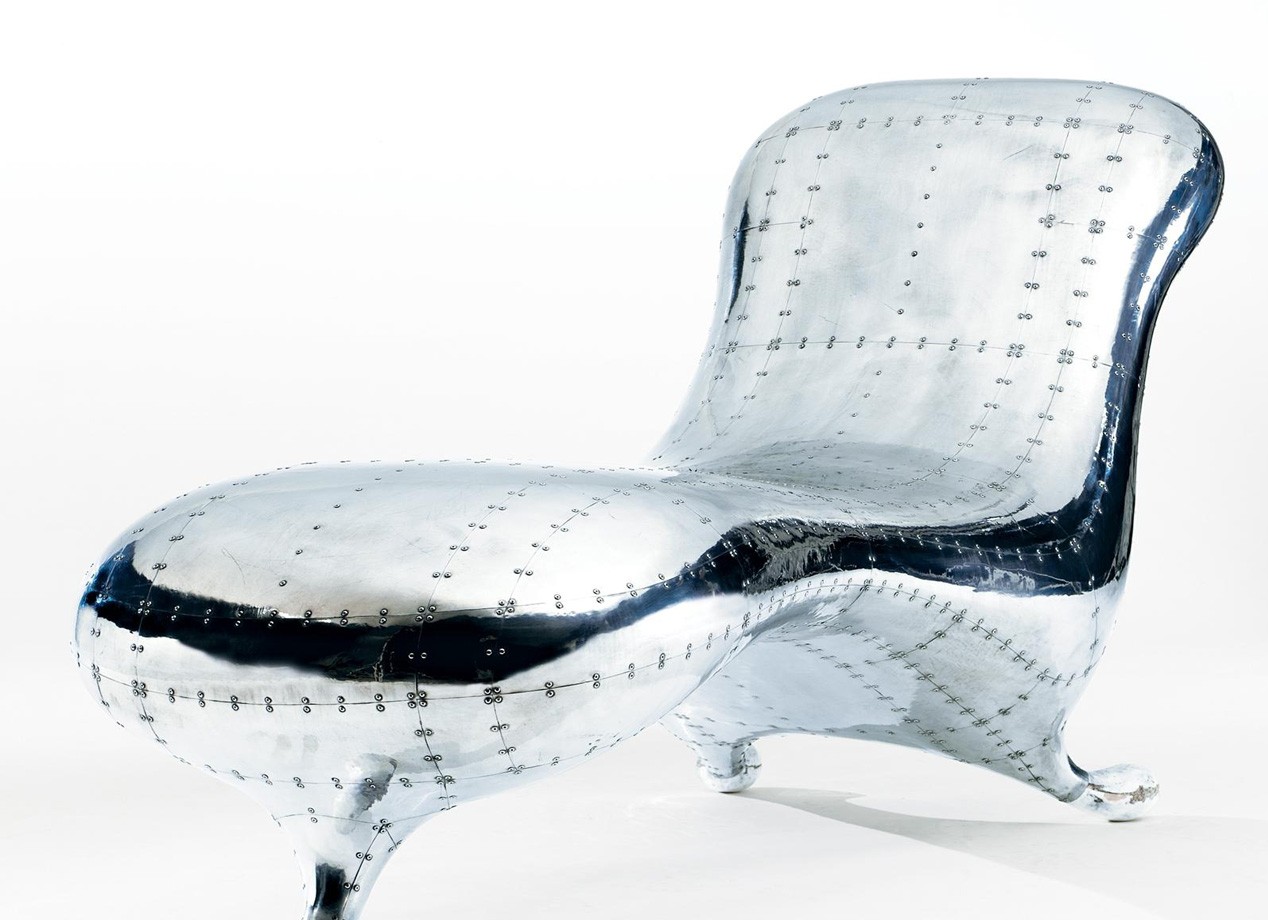 London Master’s degree students are able to tailor their studies and concentrate on preferred topics by choosing from a range of specialist elective units. Students who would like to pursue a career in the design field can take one such concentration: Contemporary Design. Drawing on the expertise of faculty and visiting lecturers, including Lis Darby—design specialist and Senior Lecturer at Sotheby’s Institute—London, students can gain a higher level of expertise in the field of contemporary design and its markets.

Here Lis explains the numbers behind the world’s most expensive chair and why contemporary design remains an alluring topic of study.

Why is this chair worth 2.4 million pounds?

In April 2015, Phillips in London established a world record for a work by a living designer when it sold an example of Marc Newson’s aluminum Lockheed Lounge chair for £2,434,500. We’ve crunched the numbers behind this remarkable record to illuminate the market forces driving the sale of this exceptional chair.

To understand the value of any given work of art or design masterpiece, it’s important to look at its trajectory over time. The Lockheed Lounge Chair has appeared at auction on seven occasions since 2000 when an example sold at Christie’s for a mere $105,000.  In June 2006 another chair made $968,000 at Sotheby’s, and despite the recession, a new record was set when a prototype with white feet sold at Phillips de Pury in New York for just over $2 million in May 2010. But the question remains—why has the chair become so widely sought-after by collectors? While there are many issues at play, it boils down to four key factors—rarity, institutional validation, groundbreaking design and the chair’s place in popular culture.

Rarity, of course, is key—the art market favors the unique and the rare, and the Lockheed Lounge chair has reached such exceptional prices in part because of its scarcity. Newson’s original intention for the design was to encase the fiberglass shell with a single sheet of aluminum but the fluid and complex form rendered this technically impossible. As a result, the designer resorted to hammering small sections of the metal into shape and then individually riveting them onto the core. The process was never one that would lend itself to mass (or even quantity) production and each one is necessarily unique. The limited number of examples, however, only partially explains the chair’s success at auction.

The inclusion of the Lockheed Lounge chair in Vitra Design Museum’s traveling exhibition 100 Masterpieces in 1995, and Carnegie Art Museum’s exhibition on aluminum in 2000 were early acknowledgments of the originality and significance of the design in historical terms. In addition, the historical significance of the chair has been acknowledged by museums which have acquired examples for their collections. This institutional validation, together with academic endorsement through exhibitions and publications, also serves to enhance the value of the Lockheed in the market place.

Newson’s chair was a truly groundbreaking design. It subverted the conventions of 1980s furniture design, conforming neither to the reductive forms of Modernism nor the historicism and colourful boldness of Post Modernism, and yet referencing both. Its name (a debt to the American aircraft manufacturer) and its aluminium construction evoke the machine aesthetic of the Modernists and an aerodynamic future. Its form is loosely inspired by the chaise longue of antiquity but imaginatively re-thought in terms of its seamless voluptuous curves that rest on only three legs. While metal had been used extensively for furniture before, the shiny carapace and meticulous riveting of the Lockheed offered a fresh approach.

By 2000, when it first entered the secondary market, Newson’s Lockheed Lounge was probably the most recognisable piece of contemporary furniture in the world, due in part to its many references in popular culture. Its creation coincided with increasing design consciousness amongst the public, fuelled by glossy magazines and television makeover programmes, and awareness that objects were significant indicators of one’s wealth, status and lifestyle. The visual impact of the chair’s gleaming, sensuous form attracted media attention and an international audience almost immediately. The designer Philippe Starck acquired an example for use in the lobby of the Paramount Hotel in New York, and another was exhibited at Liberty’s in London. In 1993 the Lockheed reached an even wider audience when it was featured in Madonna’s video for the single ‘Rain’.

Begin your journey into the art world today. Explore Master's programs in London and New York.