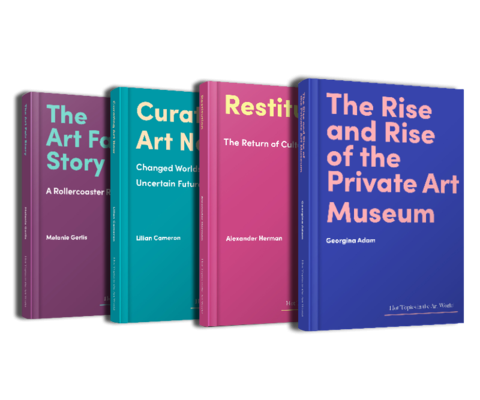 The first two volumes of the 'Hot Topics in the Art World' series - a partnership between Sotheby’s Institute and art-book publishers Lund Humphries - were published on September 30.  The Hot Topics series is jointly edited by two of Sotheby’s Institute’s London faculty: Jeffrey Boloten and Juliet Hacking.

The Rise and Rise of the Private Art Museum 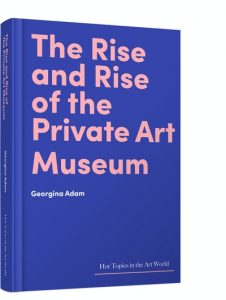 The private collector’s museum has become a phenomenon of the 21st century. There are some 400 of them around the world, and an astonishing 70% of those devoted to contemporary art were founded in the past 20 years. Although private museums have been accused of being tax-evading vanity projects or ‘tombs for trophies’, the picture is far more complex and nuanced, as art-market journalist Georgina Adam (author of best-selling Big Bucks and Dark Side of the Boom) shows in her compelling new book.

Georgina Adam’s investigation into this extraordinary proliferation, based on her recent visits to over 50 private spaces across the US, Europe, China and elsewhere, delves into the reasons behind this boom, the different motivations of collectors to display their art in public, and the various ways in which the institutions are financed. Private museums can add greatly to the cultural life of a community, giving a platform to emerging artists, supplying educational programmes and revitalising declining or neglected regions. But their relationship with public institutions can also be problematic. Should private museums step in to fill a gap left by declining public investment in culture, and what are the implications for society and the arts? At a time of crisis in the museums sector, this book is an essential and thought-provoking read.

Restitution: The Return of Cultural Artefacts 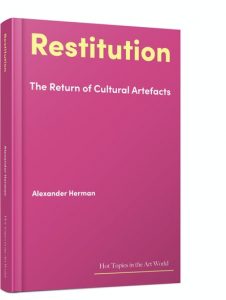 Debates about the restitution of cultural objects have been ongoing for many decades, but have acquired a new urgency recently with the intensification of scrutiny of European museum collections acquired in the colonial period. Alexander Herman’s fascinating and accessible book provides an up-to-date overview of the restitution debate with reference to a wide range of current controversies.

This is a book about the return of cultural treasures: why it is demanded, how it is negotiated and where it might lead. The uneven relationships of the past have meant that some of the greatest treasures of the world currently reside in places far removed from where they were initially created and used. Today we are witnessing the ardent attempts to put right those past wrongs: a light has begun to shine on the items looted from Asia, Africa, the Middle East, the  Americas and the Pacific, and the scales of history, according to some, are in need of significant realignment.

This debate forces us to confront an often dark history, and the difficult application of our contemporary conceptions of justice to instances from the past. Should we allow plundered artefacts to rest where they lie – often residing there by the imbalances of history? This book asks whether we are entering a new 'restitution paradigm', one that could have an indelible impact on the cultural sector - and the rest of the world - for many years to come. It provides essential reading for all those working in the art and museum worlds and beyond.

Alexander Herman is Assistant Director of the Institute of Art and Law and co-directs the Art, Business and Law LLM developed with Queen Mary University of London. His articles on restitution appear regularly in The Art Newspaper.