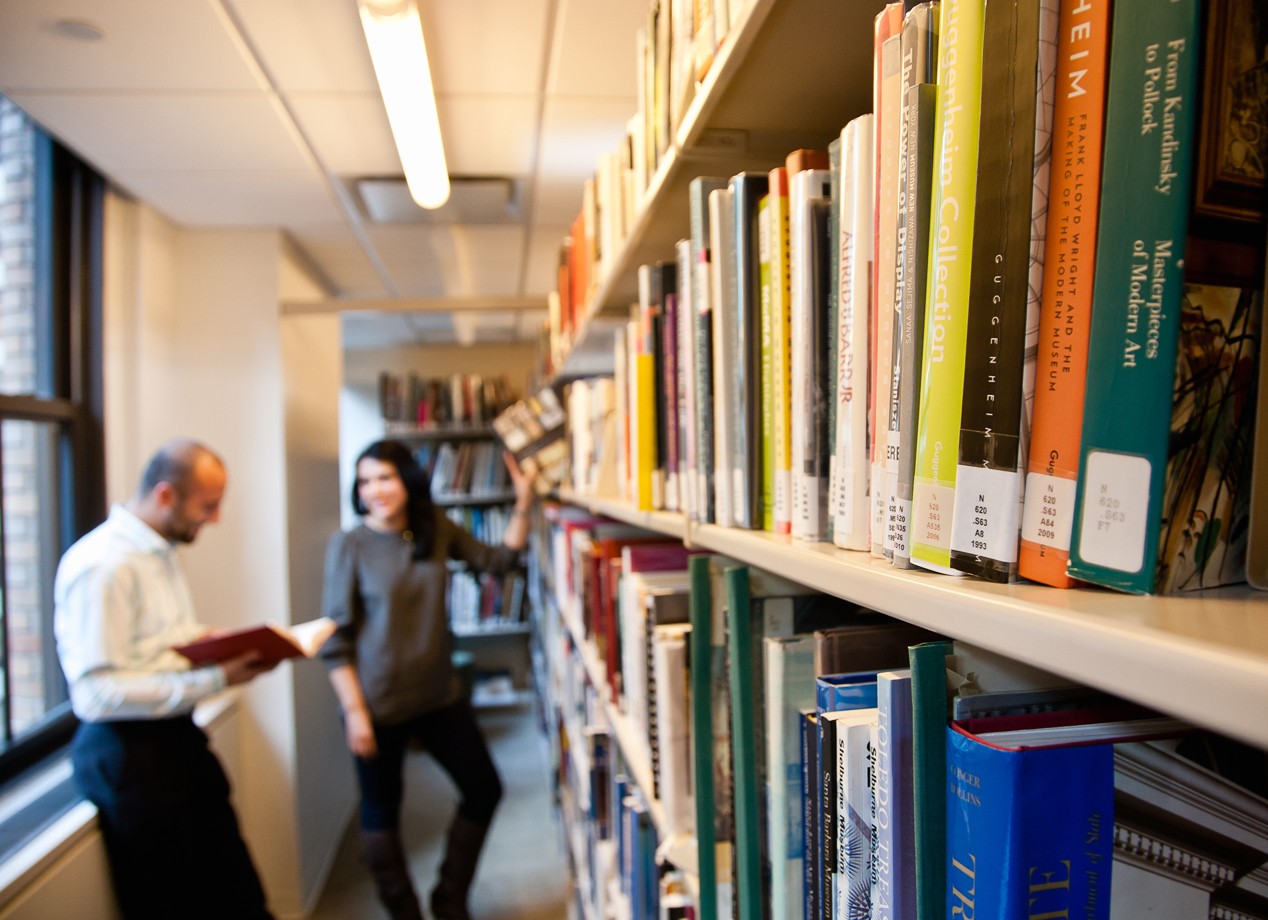 Over the past quarter century, artists have made powerful interventions in debates around globalisation, addressing various dimensions of cross-border exchange, from mass migration to the dynamics of translation, and devising new ways of conceptualising them. Marcus Verhagen’s Flows and Counterflows: Globalisation in Contemporary Art, published by Sternberg Press in early 2017, tells the story of those interventions, dwelling in particular on projects that draw out both the dangers and the tangible or imaginable benefits of global exchange.

Here are the first few paragraphs of the second chapter in Marcus Verhagen’s new book, Flows and Counterflows; Globalisation in Contemporary Art. The chapter looks at the efforts of artists to engage with the tourism industry and to use it as a prism for the examination of globalisation and its effects.

On Artists and Other Tourists

What theoretical and practical affiliations might an artist choose to have when working far from his or her home? This is a topical question: after all, many artists today travel constantly, to take up residencies, to study and teach, to carry out research, to participate in shows and biennials. And in works grounded in their travels, they are bound to reflect on the movements of other travellers. Pierre Huyghe has taken on the role of the explorer, Barthélémy Toguo has performed the part of the illegal migrant, Emily Jacir has played the visitor and go-between, other artists have aligned themselves with globetrotting businessmen, ethnographers, refugees, tour guides, and translators. And some have identified their movements with the travels of the tourist. On the face of it, this is an obvious gambit. In using taxis, cafés, hotels, Wi-Fi connections, and other amenities, travelling artists are in any case shadowing the tourist. So it comes as little surprise that artists have alluded to the cultural underpinnings, infrastructural arrangements, and paraphernalia of tourism while elaborating on their own movements. Maurizio Cattelan acted as a tour operator when he built a replica of the iconic Hollywood sign above a landfill site in Sicily and then flew a group of collectors, curators, and critics over from the Venice Biennale to see it, his work highlighting the rise in art tourism while at the same time casting the tourist as a wide-eyed consumer of globally distributed fantasies (Hollywood, 2001). Simon Starling crossed the Tabernas Desert, in Spain, on a fuel cell–powered bicycle and then used the water produced by the engine to paint an image of a cactus that is native to the region (Tabernas Desert Run, 2004). Hans-Peter Feldmann has displayed his collection of postcards of the Eiffel Tower, drawing out the conventions of postcard photography while commenting on the transformation of the structure into a cultural fetish (Untitled (Eiffel Tower), 1990). Din Q. Lê has ironically suggested that tourism can bring post-conflict reconciliation in travel posters featuring sights in Vietnam with captions like “Come back to Vietnam for closure!” (Not Over Us, 2004). All of these projects were on display in “Universal Experience: Art, Life, and the Tourist’s Eye,” a sprawling show put on in 2005 at the Museum of Contemporary Art in Chicago by the curator Francesco Bonami, who set out to explore the parallels between museums and (other) tourist destinations, between artworks and sights.

To underline the affinity of the travelling artist with the tourist, as Feldman, Bonami, and others have done, is to recognise that the artist often follows in the footsteps of the tourist as he or she moves between nodes in a now-global art network. But it would be wrong to understand efforts to couple the travels of the artist and tourist as uninflected affirmations of commonality—they are, on the contrary, charged gestures. Most of us are tourists at one point or another and yet our attitudes to tourism are often uncertain or dismissive. Even when our experiences of travel are richly rewarding we may view the structures of tourism—the guidebooks, the restaurants with “tourist menus,” the designated attractions, tourist trails, photo opportunities, and so forth—with misgiving. Certainly, many of the works in “Universal Experience,” including those by Cattelan and Lê, were premised on a sceptical appraisal of tourism. So what is to be gained from an association with the tourist? More specifically, what can artworks tell us about the processes of globalisation when they picture those processes from the perspective of the tourist?

“Tourism is the march of stupidity.” So wrote Don DeLillo in 1982, starkly expressing a view that has been put forward many times, before and since. The bumbling tourist has long been a staple of comic fiction, doing duty, for instance, in Mark Twain’s The Innocents Abroad (1869), in Jerome K. Jerome’s Three Men in a Boat (To Say Nothing of the Dog) (1889), and more recently in the travelogues of Redmond O’Hanlon. The crowd of tourists proceeding mindlessly from sight to sight is another common literary image, one that is rehearsed in Raymond Queneau’s Zazie dans le métro (1959) when, at the foot of the Eiffel Tower, Zazie’s uncle is adopted by a group of tourists who mistake him for a guide and then follow him, open-mouthed and uncomprehending, across Paris. The same view of tourism is occasionally expressed in an openly discriminatory key, American tourists coming in for particularly harsh treatment, as they do, for instance, in Nicolas Bouvier’s Chronique Japonaise (1975) when the author describes “three mature American women, solidly kitted out in hats and corsets and equipped with cameras—the kind that can take in a dozen temples and one or two imperial residencies in a day without even feeling bloated.” The tourist who expresses contempt for other visitors on the mistaken understanding that he or she has somehow risen above them is another familiar comic figure, appearing in a range of novels from E. M. Forster’s A Room with a View (1908) to Ben Lerner’s Leaving the Atocha Station (2011). Tourists are routinely compared to sheep, geese, pigeons, and flies—they don’t walk or gather, they “flock” and they “swarm”—and their appearance in a given location is regularly described as an irruption or an invasion. They are also often and unfavourably compared with other travellers, as they are, for instance, in John Buchan’s thriller The Three Hostages (1924) when a hunter speaks of tourists as “blatant and foolish and abundantly discourteous,” unlike mountaineers, who get on with their climbing quietly, without frightening the deer away. This literary critique of tourism has received academic sanction in the work of the conservative historian Daniel J. Boorstin, who describes the experiences of the modern tourist as superficial and inauthentic, contrasting him or her with the adventurous traveller of earlier times. And this critique has a certain currency in the art world. The Gervasuti Foundation in Venice, for instance, put out a magazine advertisement bearing the caption, “Tourists Not Allowed!!! Real Travellers and Native Venetians Only.”

Contemporary artists have also disparaged the tourist. The photographer Martin Parr has made a career of it, picturing groups of travellers as they follow guides, buy souvenirs, and take pictures of one another in various locations around the world. Often sunburnt and inappropriately dressed, his tourists rarely seem to be enjoying themselves; more often than not they look lost or harassed. Olaf Breuning adopts a more corrosive comedic tone in his videos Home (2004) and Home II (2007), which follow the travels of an inanely enthusiastic young American, played by Brian Kerstetter, who takes part in a tribal dance in Papua New Guinea, distributes bananas in a market in Ghana, and parades with men and women wearing Pokemon masks in Tokyo. Watching or intruding on local events, including many that are plainly put on for the benefit of visitors, Breuning’s tourist is a brash and uninformed presence. Wherever he goes, he is keen to immerse himself in local society but his understanding of it is largely conditioned by popular entertainment and travel guides and his encounters are, as a result, painfully one-sided. “Look at this,” he intones as he surveys a Papuan village in Home II, “it looks just like a remake of a Disney film—it’s that real, I feel I want to go up and touch it.” The tourist makes a handy buffoon and plainly appeals to satirists like Parr and Breuning, who follow Boorstin in picturing the tourist’s experience not as an open engagement with unfamiliar places and communities but as a closed loop of media-derived expectations and stage-managed encounters.

In the remainder of this chapter, Verhagen argues that although the tourist is not at first sight a promising metaphorical vehicle for reflections on cross-border contact, some artists have adopted the tourist’s perspective to great effect, offering startling insights on travel and global exchange despite the ridicule that attaches to that perspective—and in some of the more probing works precisely because of it.