Cabinets of Curiosities and The Origin of Collecting

Home News & Events Cabinets of Curiosities and The Origin of Collecting 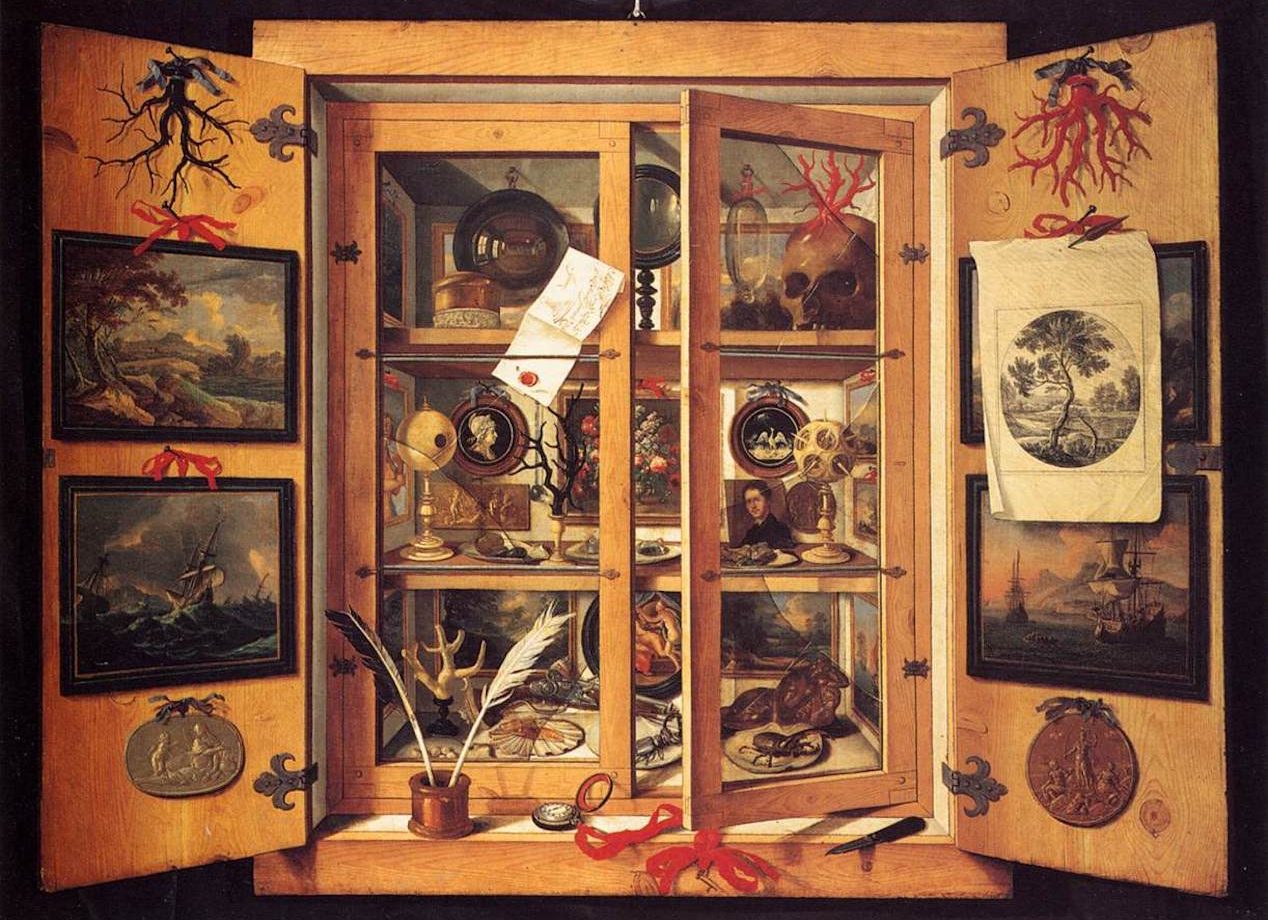 The art market has a long and fascinating history that can be traced back to the origin of collecting in the cabinets of curiosities of the Italian Renaissance. Understanding why the aristocracy enjoyed collecting rare objects—and grasping the social role it played—will explain many of the seemingly mysterious aspects of contemporary markets and collecting. Discovering the mysteries of cabinets of curiosities can also help illuminate the drives behind anyone’s desire to collect any kind of object. Ahead of his upcoming Online Courses, faculty Giovanni Aloi shines a light on this unique collecting practice. 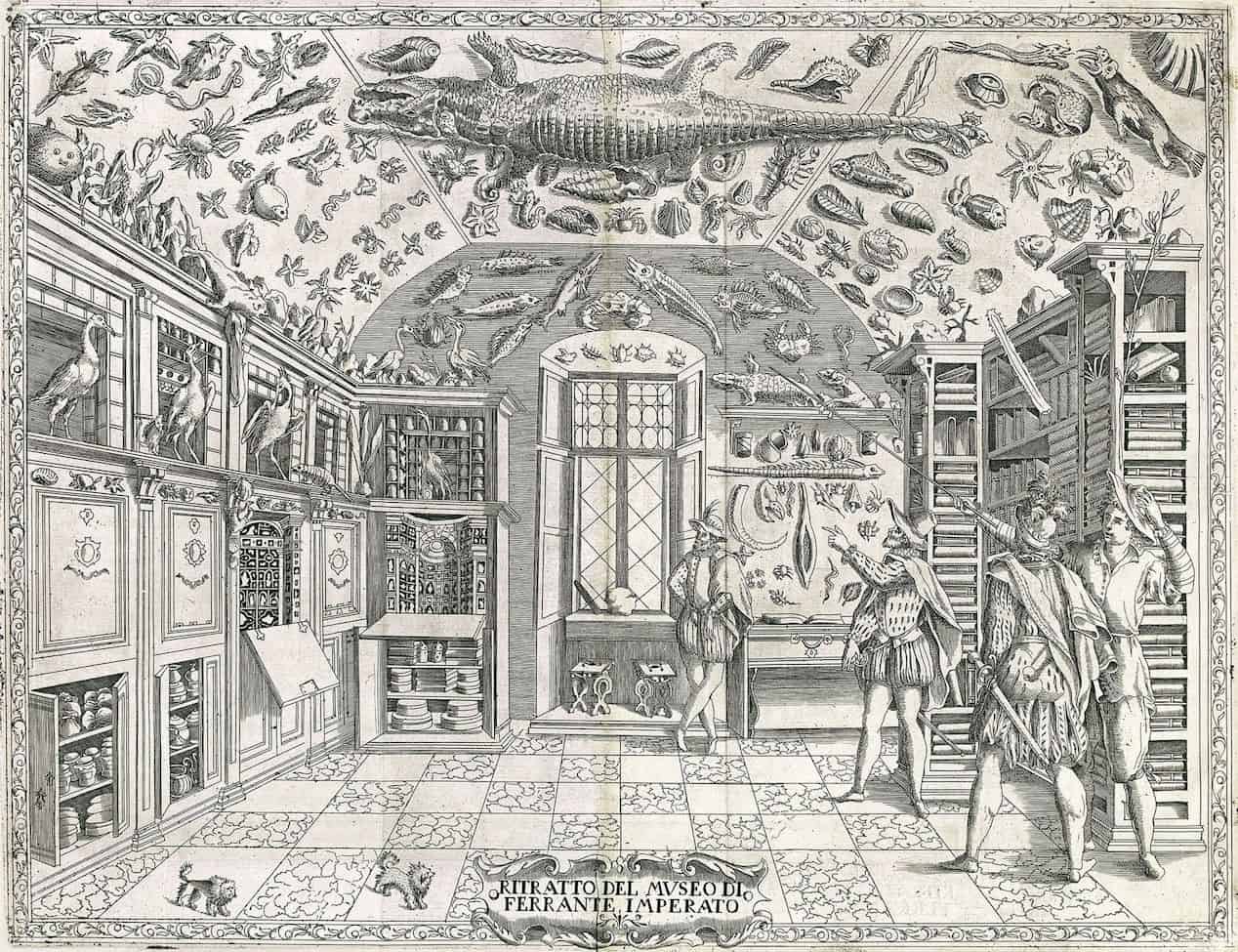 Imagine a world without telephones, TVs, mp3 players, computers, and phones. How would you entertain your guests after dinner without the aid of any of these devices? Cabinets of curiosities were the aristocrat’s answer for those who sought to enliven the opulent but dimly lit parties thrown during the Italian Renaissance. They ranged in size, from as small as a dedicated piece of furniture with multiple drawers or could stretch to the size of an entire room. Drawers and shelves housed original objects acquired through long journeys to faraway lands. Every object offered an opportunity to tell a story about an epic adventure or, more often, to fabricate one. Like everyone else, the wealthy liked to define their personalities through the possession of glamorous objects as tangible tokens of their intelligence, erudition, wealth, and taste. They had already understood that precious objects held power over people and that associations between luxury items and personality engraved long-lasting impressions. But in all honesty, the cabinets weren’t always built on truth—artifacts and preserved animals and plants were sometimes purchased at the markets in Florence and Rome rather than collected directly by the owner of the cabinet. Some, like the famous mermaids made by stitching together the torso of a monkey to the tail of a fish were wholly fantastical fabrications closer to art than natural evidence. But all in all, that didn't really matter. In spirit, the cabinets were not meant to be scientific—they were a place of the imagination in which those who could afford to do so, constructed their own personal versions of the world. Standing at the center of this mini-universe and pointing at the objects to disclose their deepest secrets, collectors felt a sense of ease and mastery over a world that most often appeared too big, too confusing, and too inhospitable. 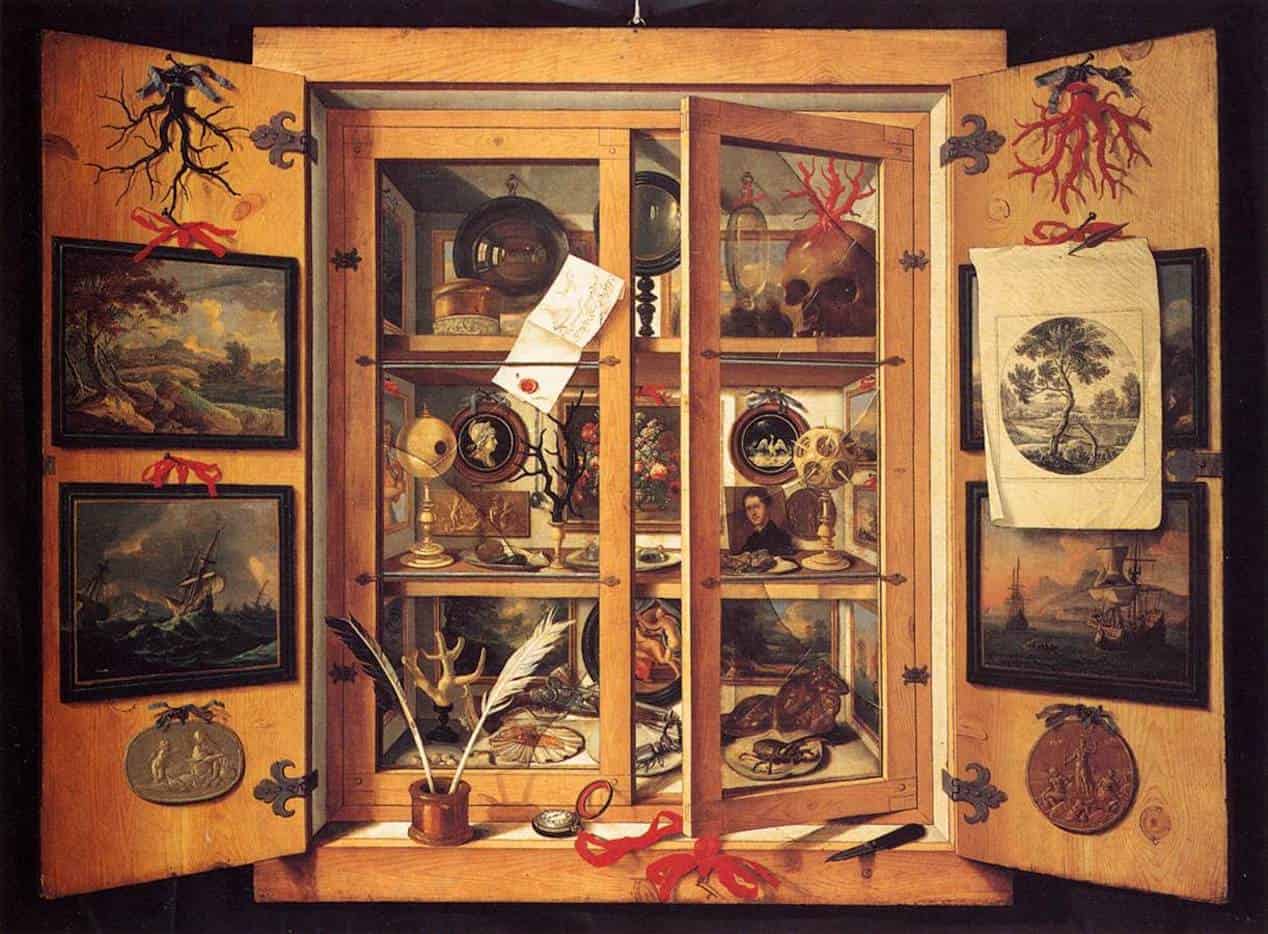 From the British Museum and the Hermitage, to the Louvre and the Uffizi, the history of our best loved museums of art harks back to the collections of princes and kings of the Renaissance. This gorgeous trompe l’oeil painting by German artist Domenico Remps testifies to the importance that cabinets of curiosities reached across Europe in the 17th century. Collecting precious objects had been a long-standing tradition among the powerful, so early cabinets of curiosities regularly functioned as social status symbols. This painting reminds us of the important role collecting has played for centuries in the history of western civilization and shows us how highly personal collections of objects laid the foundations of the celebrated museums of today. The opulence of the cabinets of curiosities is however random—no chronological order or scientific criteria harnessed the arrangement. The owner of the collection was fully in charge of the interpretation, and the content, in truth, was a reflection of the owner’s taste and identity. As the amassing of objects grew and spilled off the shelves of furniture cabinets, collections took over entire rooms, and then, sometimes, many more. But during the 18th century the focus shifted. The rise of science as a defined discipline meant that collections could no longer just represent the wealth and intelligence of the owner, but that they needed to make sense of the world we lived in a more objective way. This is what the human skull we see on the top shelf of Remps’s cabinet anticipates—an existentialist urge to understand life and the knowledge that despite the wealth one might accrue, death will at once take it all away.

Frans Francken the Younger, Chamber of Art and Curiosities, 1636

This painting by Frans Francken, the most famous of an Antwerp dynasty of artists, shows a studiolo, the successor to the Renaissance cabinets of curiosities. Wanting to develop one’s own knowledge of the world through a range of interests was seen as an essential part of a well-to-do person’s education. Knowledge was not yet compartmentalized in separate subjects, as it is today, and the distinction between art objects and natural objects was also very fluid. This explains why in Francken’s painting we see an array of tropical sea-shells and shark teeth placed next to a collection of Roman and Greek coins surrounded by a series of religious, history, and landscape paintings. The content of the studiolos, like the cabinets of curiosities that preceded them, were highly symbolic and usually presented the viewer with essential questions about the transience of human life. To us today, the distinction between natural objects and artifacts is very clear. But collections like the one we see in the paintings by Francken laid the foundations for institutions like the British Museum in London. It was at that point, as institutions grew in size and prestige, that the necessity to separate nature and culture grew further. This not only impacted the future of art museums, but also contributed to confirming the distance between ourselves as rational creative beings and, the seeming irrationality of the natural world.

Study with Giovanni Aloi from anywhere in the world with our Online Courses.