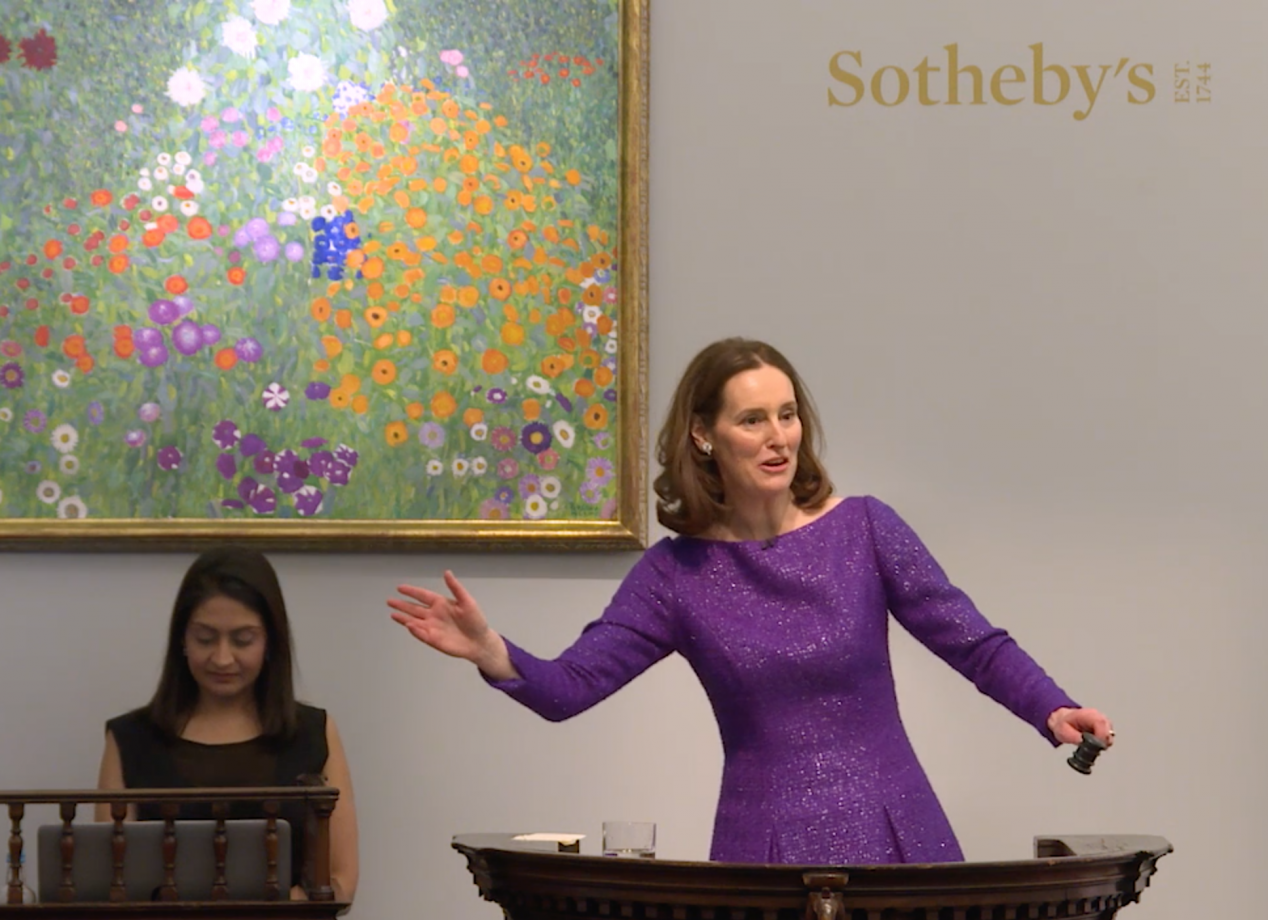 They say the month of March comes in like a lion, out like a lamb. In recent weeks, the art market certainly roared with notable news.  Here’s our roundup of significant happenings and art market insights from auctions, fairs, galleries, and emerging markets - and what they mean for the world of art business.

The Highest Total for Any Auction Ever Staged in London

Under the gavel of Sotheby’s auctioneer Helena Newman, Gustav Klimt's exceptional summer landscape Bauerngarten inspired energetic bidding in front of a packed London saleroom to achieve £48 million on March 1 - the third most expensive artwork ever sold at auction in Europe.  Also leading the sale were three portraits by Pablo Picasso, Paul Gauguin, and Alfred Sisley, which set a new record for the artist. The sale achieved £195 Million, the highest total for an auction ever staged in London, making a statement on the momentum of the global art market in 2017. See the full results.

The Armory Show in New York received stand-out praise under new executive director Benjamin Genocchio, who has distinguished the fair from its global competitors - almost 300 other contemporary art fairs around the world.  Using the gritty industrial space of Piers 92 and 94 on the Hudson River as an advantage, Genocchio said to The New York Times that he “wanted to make the building an asset.”

Eric Shiner, the former director of the Warhol Museum who is now with Sotheby’s, oversees the Platform program, which scatters monumental works around the fair, “creating these moments of surprise, and ultimately to break the monotony.”  They also compliment the industrial structure of the space.

Sotheby’s recently released its fourth quarter results to wide interest. CEO Tad Smith said the results are a reflection of “growing confidence in the market as collectors responded enthusiastically to the great collections and works we secured for sale. Even more importantly, the quarter demonstrated that when the market stabilizes, let alone when it returns to its secular growth trajectory, our company is poised to capitalize on the upturn.” Read the full report.

Art market entrepreneur Magnus Resch recently released The Global Art Gallery Report (Phaidon), the first and most wide-ranging work of its kind. Key takeaways show that overall, 55% of all galleries generate revenues of less than two hundred thousand dollars a year. Only 16% exceed the million dollar mark  and only 18% make a profit margin over 20%.  Galleries that deal in Old Masters show the highest profitability, galleries dealing in contemporary art the lowest.

For more insight on the role of galleries in the art market, Resch spoke with New York gallerists Jeffrey Deitch, Stephania Bortolami, and James Fuentes on March 7 at our New York City campus. Watch our video from the event.

According to Hannah O’Leary, Sotheby’s Head of Modern and Contemporary African Art, Africa is an art market on the rise. She writes, “African artists currently account for less than 0.1% of the international art market – fewer than ten have ever realised over $1million at auction – and so there is huge potential for growth. African economies are on the rise, museums are looking to internationalise their largely European and American collections, and international collectors are always looking for exciting new artists. I think it is a very exciting time to be entering this market.” O’Leary was live on March 7th at Sotheby's Institute in London, as part of our six-week evening course highlighting Africa’s art and art market. Watch our video from the event.