Anything Goes! Jewelry from the Age of Glamour and Elegance

Home News & Events Anything Goes! Jewelry from the Age of Glamour and Elegance 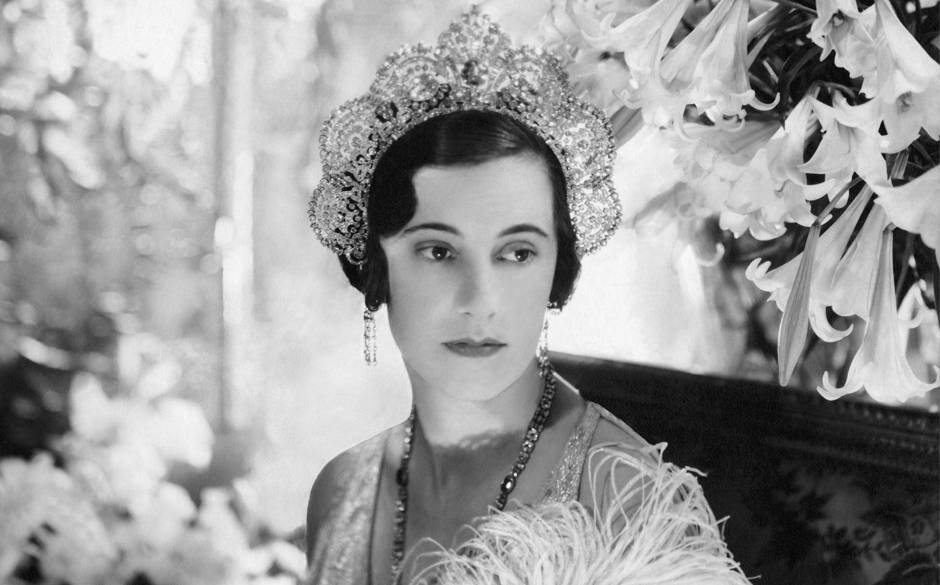 The giddy 1920s and glamorous 1930s were decades of unprecedented innovation in the field of high jewelry design.

An Explosion of Creativity

The twenty-year period between the two World Wars was characterized by a heady exuberance seemingly at odds with economic uncertainty and political unrest around the globe. Known as the Jazz Age in America and les années folles in France, there was a sense of new horizons and vertiginous possibilities in cultural centers as far apart as Paris and New York and as diverse as Hollywood and Shanghai. This febrile era witnessed an astonishing outpouring of creativity as artists and taste-makers scaled dizzy heights of innovation in dance and music, literature and film.

Out with the Old…

Fashion couldn’t help but reflect the prevailing mood. As leading couturiers like Chanel, Vionnet and Patou dropped waistlines and shortened skirts, so the great jewelers — Cartier, Chaumet, Boucheron, and Van Cleef & Arpels — adopted new materials and techniques to entice wealthy clients to their stores. During the Belle Époque, Society had moved from ballrooms to opera houses in a blaze of delicately wrought platinum and diamonds. Upswept hair, whalebone corsets and trailing gowns had required equally splendid jewels in floral settings based on eighteenth century prototypes. Yet as early as 1910, ragtime and the Ballets Russes had heralded a burgeoning appetite for modernity and exoticism. Looking back, historians recognize this as the first stirring of the sleek and streamlined style we now call Art Deco.

…in with the New

With the feeling of exhilaration and sheer relief which accompanied the Armistice came a realization that stately opulence was a thing of the past. The syncopated rhythms of jazz galvanized the Bright Young Things; dance crazes like the Charleston and Black Bottom carried all before them. In the Twenties, sleeveless chemises and bobbed hair were de rigueur; earrings were long, sautoirs were longer and flappers carried their cigarettes to hot new night-spots in bejeweled gold cases. With the Stock Market Crash of 1929, the hectic gaiety of the previous decade subsided into a mood of mature sophistication immortalized in the lyrics and melodies of Noel Coward, Cole Porter, and Irving Berlin. Style-leaders such as Lady Mendl (Elsie de Wolfe), Mona Harrison Williams, Edwina Mountbatten, and the Duchess of Windsor sported diamond clips and articulated bracelets with sumptuous furs and columns of bias-cut satin.

Along with innovations in fashion and recreation came innovations in travel and technology. These were the years of the grand hotels, great ocean liners and the Orient Express. The rich were constantly in motion — and, just as art and music displayed the pervasive influence of foreign cultures, so too did jewelry design. The great firms rushed to incorporate elements of Indian, Persian, Chinese, Japanese, and even Aztec design into their pieces. When Barbara Hutton married the first of her many husbands in 1933, she wore a Balinese headdress of diamond-studded tortoiseshell.

Materials and settings were also subject to dramatic change. During the Edwardian era, diamonds and pearls had been the stones of choice; worn in ropes to the waist, pearls in particular had signified the highest social status. After the Great War, a vibrant new palette was unleashed as designers such as Cartier’s Jeanne Toussaint pushed against the boundaries of what had previously been considered "good taste". Colored stones were used to realize their most exotic fantasies: amethysts, aquamarines, topaz, jade, and onyx were all the rage, along with riotous combinations of rubies, sapphires, and emeralds in the so-called "tutti-frutti" style favored by the dauntless Daisy Fellowes.

A Legacy of Luxury

With the outbreak of the Second World War in the autumn of 1939, this astonishing period of artistry and innovation came to an abrupt end. Eighty years on, we can access it most readily in classic movies such as Dinner at Eight (1933) and The Women (1939), in the photographs of Cecil Beaton, Horst P. Horst and George Hoyningen-Huene, and in the paintings of Tamara de Lempicka and Bernard Boutet de Monvel. More tangible still are the lasting creations of the great French and American jewelers: the brooches, bracelets and necklaces which, even now, retain the power to transport their wearers to a bygone era of elegance and exclusivity.