How to Be an Artist: Jerry Saltz in Conversation

Home News & Events Events How to Be an Artist: Jerry Saltz in Conversation 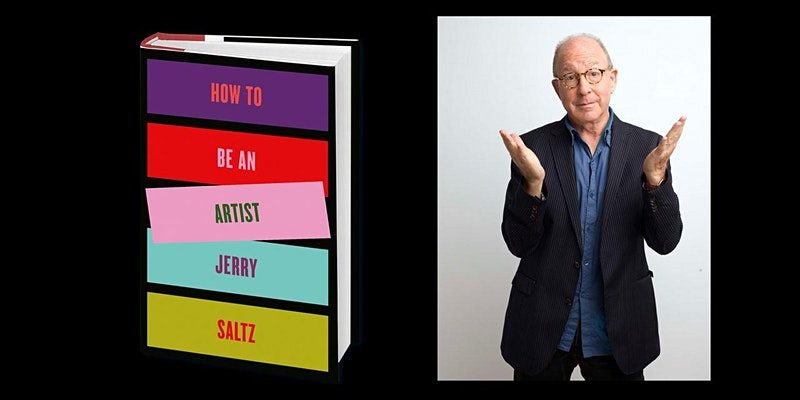 Jerry Saltz is renowned for his strong (and sometimes inflammatory) opinions on everything from the price of art to the behavior of dealers, dinosaur sex, and Rod Stewart as an installation artist. In his forthcoming book, How to Be an Artist, the Pulitzer Prize-winning critic offers sixty tips for creativity. “Embrace Genre Own Your Guilty Pleasures Look Hard” is one recommendation. Another demands, “Not the Future Make an Enemy of Envy Get Lost!” It’s trademark screwball advice from a critic whose voice has long brought humor to well-honed argument in art magazines, and more recently brought controversy to the bully pulpit of social media. In this conversation hosted by Morgan Falconer, Director, MA in Contemporary Art, Sotheby’s Institute of Art- New York Saltz will reflect on his career, his new book, and much, much more.

Jerry Saltz’s career in art criticism has stretched over three decades. Since 2006, he has been senior art critic and columnist for New York magazine. Formerly the senior art critic for The Village Voice, he received the Pulitzer Prize for Criticism in 2018 and was nominated for the award in 2001 and 2006. He has also contributed to Art in America, Flash Art International, Frieze and Modern Painters, among other publications. Saltz has served as a visiting critic at The School of Visual Arts, Columbia University, Yale University, The School of the Art Institute of Chicago and the New York Studio Residency Program, and he was the sole advisor for the 1995 Whitney Biennial.